2020 was a good year for the metals industry with the top 10 manufacturers achieving a combined output of 501.03 million tons. Many entries on this list achieved a higher output than that of 2019, proving that the metals industry is still thriving even with existing hurdles such as the COVID-19 pandemic.

Using both steel and iron, Shandong produces steel plates, hot-rolled coils, hot rolled ribbed bars and special steel products. These products are exported across the globe to countries such as the United States, Great Britain, Germany, India, Japan and more.

2020 was a great year for Shougang Group who had an output of 34 million tons of metals. This is an increase of 4.66 million tons from 2019. Headquartered in Beijing, China, Shougang manufacture metal products from steel and iron. The group’s main products are hot-rolled and cold-rolled sheet metals.

Based in Beijing, China, Jainlong is an enterprise group that specialises in integrating new industries such as steel, shipbuilding, resources and electromechanical. Jainlong has a smelting and rolling capacity of 40 million tons of steel and in 2020 had an output of 36.47 million tons.

Founded with a humble beginning more than 20 years ago, Jainlong started with a small steel plant, 1,000 workers and 100,000 tons in annual steel production. Since then, the group has become a large enterprise with more than 60,000 employees. In the future Jainlong aim to achieve a total of 50 million tons of owned and controlled steel.

The group has a production capacity of 39 million tons of raw steel, produces 3,000 steel grades and more than 60,000 specifications of high value-added steel. Annsteel products are sold to more than 60 countries and boast more than 500 domestic and international customers.

POSCO was launched in 1968 and became the first integrated steel mill in Korea. In 2010, POSCO was the largest steel manufacturer in the world by market value. Today, POSCO have an output of 41 million tons of crude steel each year which is sold to 53 countries.

In 2020, Nippon achieved an output of 41.58 tons of steel. This is around 10 tons less steel than the company put out back in 2019. Even with the decrease in output, Nippon still holds and operates many manufacturing sites across Asia, Europe, Middle East Africa, North America and South America.

The Shagang group can be found headquartered in Zhangjiagang City, Jiangsu Provence, China. With a huge workforce of 30,000 strong, the group possesses assets to the value of 150 billion RMB.

In 2020, Shagang Group had an output of 41.59 million tons of metals. This is an increase of 490,000 tons in the previous year. Products that the group produces include wide heavy plates, hot-rolled strip coils, high-speed wire rods, large bundles of wire rods, ribbed steel bars and more.

The HBIS Group are one of the biggest steelmakers across the world achieving an output of 43.76 million tons of metal in 2020. With such a big operation comes a workforce of almost 121,000 strong. 13,000 HBIS employees work overseas whilst the remainder work in the HBIS Group home country, China.

Did you know that ArcelorMittal is the largest steel manufacturer in North America, South America, and Europe?

The steel giant headquartered in Luxembourg currently holds manufacturing sites across 17 countries, employ more than 168,000 workers and have customers in 160 different countries.

In 2020 ArcelorMittal mined 58 million tons of iron ore, shipped 69.1 million tons in steel worldwide and manufactured 71.5 tons of crude steel. ArcelorMittal show no sign of slowing down with more than 200 trademarked products, more than 600 active patent families and 56 new products & solutions launched in 2020!

Headquartered in Pudong, Shanghai, China, The China Baowu group is the largest manufacturer of metals in 2020. The group was formed back in 2016 when the Baosteel Group absorbed the Wuhan Iron and Steel Corporation.

As China aim to lower carbon emissions by 2030, the metal industry will naturally lower its scale in the coming years. China has pledged that its crude steel output will not exceed the 1,065 billion tons put out in 2020. For huge manufacturers like China Baowu Group, this will likely mean downsizing in the future.

Thank you for reading our top 10 metals manufacturers list!

Here are some more of our top 10 lists – 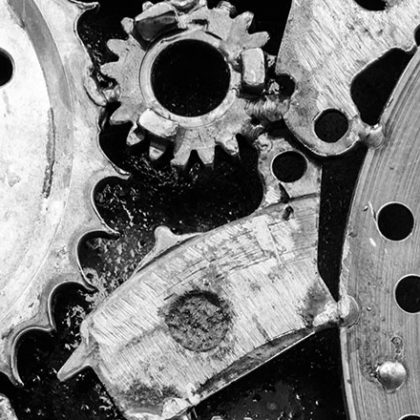